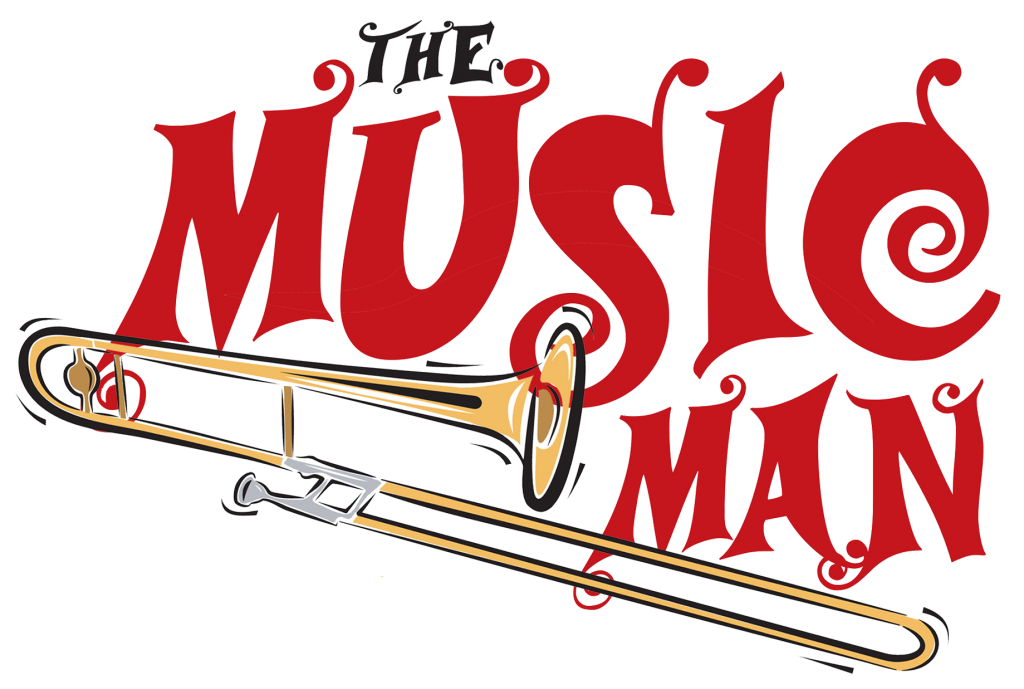 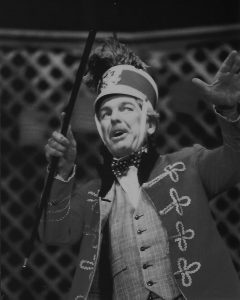 Data for this production was provided by Francine Joyce. 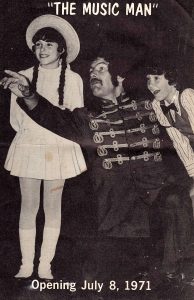 A note from Arthur “Otts” Laupus:

My first show at Burn Brae was Music Man in 1971, after spending the previous year at Wayne State University on a theatre fellowship with the Hilberry Repertory Company. I didn’t do well there, scoring such roles as “Marcellus” in Hamlet, where I had to say “What ho, my Lord” at least seventeen times and “Peaseblossom” in Midsummer Nights Dream where I played a flower. I also played the Sixth Citizen in Julius Caesar, the highlight of my year there.

My wonderful friend Bea Saks (who played Mrs. Shinn) recommended that I audition at Burn Brae for “Harold Hill” in Music Man. I found my place thanks to John Kinnamon, and have performed the show three times at Burn Brae.

John called recently and wants me to do one more production of Music Man, contingent upon ongoing contract negotiations with Betty White to play Marian.

A note from Sharman Harper/Stephenson:

I costumed this show, then went to Dallas to do Stop the World… for K&L. My first night back to watch the show, Elizabeth had lost her voice, Ann was doing something out of town and Bernie asked ME to go on! I had never done the role, but had been to most of the rehearsals and knew the music. Otts and I had 30 minutes to run lines for the first act and intermission to run the second act! This was the first but not nearly the last time I would go on in a show on minimal notice! Bless Otts and the rest of the cast for getting me through it!