Scroll down for memories galore (in no particular order)! 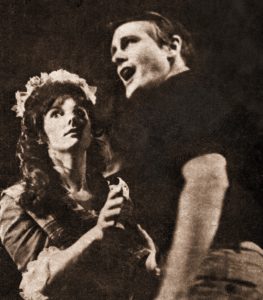 More than 50 years ago, Burn Brae Dinner Theatre made an impression! The Frederick Post published this picture and called Brigadoon “…bright and light…”

Meanwhile, The Montgomery Advertiser critic praised both of the show’s romantic leads:  “She is not too old, she is not too young, she is very pretty, she has a fine, fine voice, she is a very good actress, and when she co-stars with John Kinnamon on the Burn Brae Dinner Theatre stage, Jean Anne Kain makes the fantasy Brigadoon a very real and happy thing.” They go on  to say, “With his great voice, John Kinnamon is tops on any stage. When he is cast with Jean Anne the average becomes exceptional.” 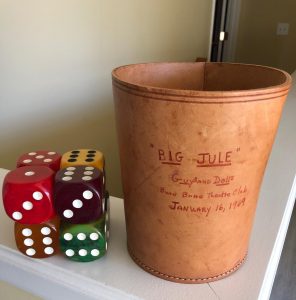 Orie Seltzer Memorabilia from Guys & Dolls at BBDT in 1969 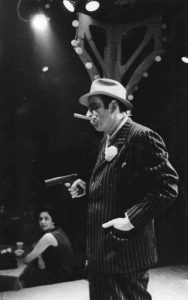 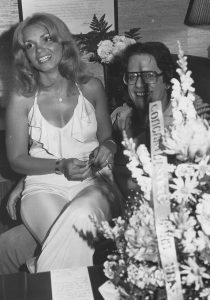 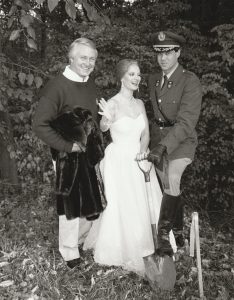 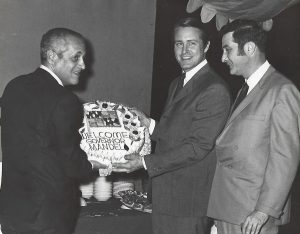 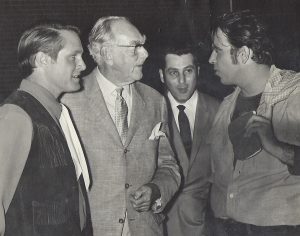 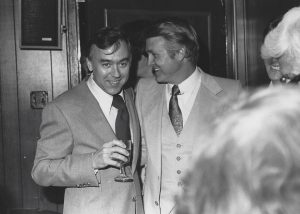 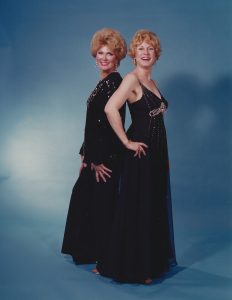 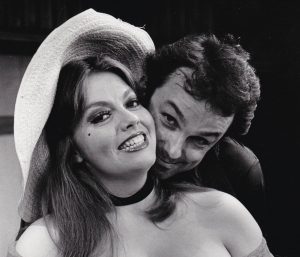 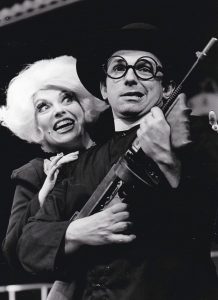 Frank & Jane again in Anything Goes 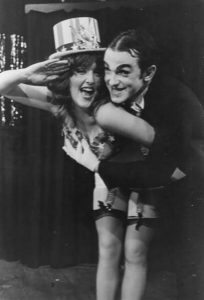 Frank with Vicki Smith in Cabaret 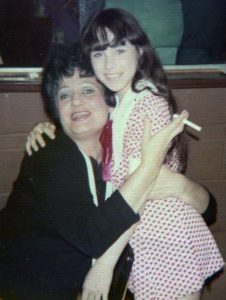 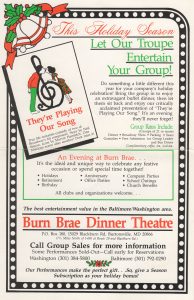 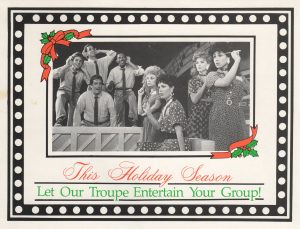 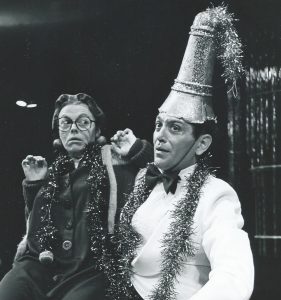 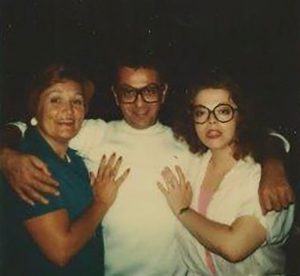 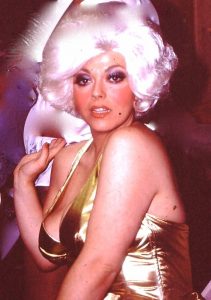 Jane Beckman backstage in Anything Goes (1987) 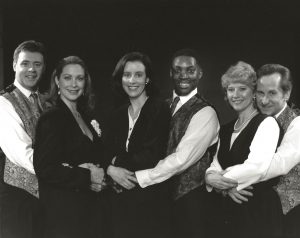 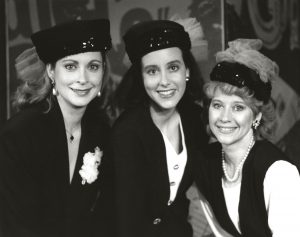 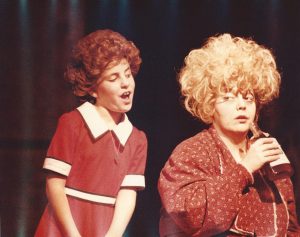 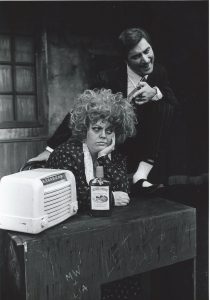 Jane with Danny Paolucci as Rooster 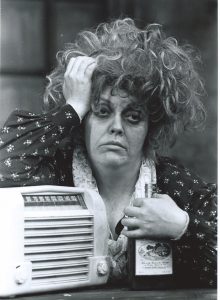