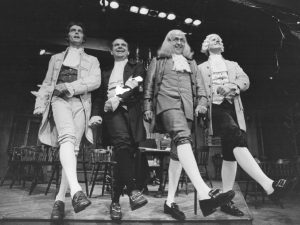 In January of 1968, the American Light Opera Company (ALOC) performed its last production:  West Side Story. The company had been offering musical theatre to audiences at a variety of venues in the Washington, DC area since June of 1960.

One of the performing members of ALOC was a young singer/actor named John Kinnamon, who was far from giving up performing. He had heard about a new kind of entertainment called dinner theatre, where audiences paid a single price for a buffet dinner and a show.

“In early April, 1968, John Kinnamon and his associates leased what was then the club house of the Burn Brae Swim Club in order to present a showcase of area talent that had just been left homeless with” ALOC’s demise… “Kinnamon at that time was a television director with NBC-TV whose background included performing in summer stock and as a tenor soloist with the National Symphony Orchestra and the Boston Pops under Arthur Fiedler’s direction. It was his directorial and artistic background that made him realize the urgency of finding a stage so that the wonderful array of Washington talent could continue to delight audiences throughout the area. …A plywood stage was hastily erected, the caterer [was] selected for the food operation and efforts began on the Lerner and Lowe musical, Brigadoon, which opened on May 24, 1968. 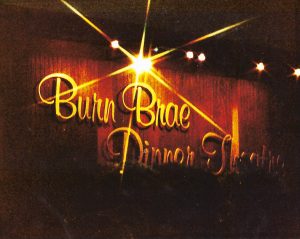 “It was, as early critics maintained, including Richard L. Coe of the Washington Post, the quality of the production that overcame the problems of a catered food operation, and the limitation of a small non-air-conditioned facility seating 150 persons. Brigadoon was followed with similarly acclaimed productions of West Side Story and South Pacific.

“In December 1968, Mr. Kinnamon went into partnership with Bernard T. Levin, a successful trial attorney in Washington… Their combination of business, artistic and legal expertise helped overcome the many pitfalls they were to encounter during the early years of the Burn Brae operation. The picture turned from a formative experiment to a thriving, successful enterprise that led to their purchase of the Burn Brae Swim and Tennis Club property in May, 1972. The company went on to produce over 300 professional shows and over 200 Burn Brae performers have gone on to Broadway, opera, television and film careers.

“In November [of 1986], ground was broken for a major expansion and renovation scheduled to open in March, 1989. Included in the addition was [accommodations for 200 more audience members,] a new ground-level entrance, lobby, offices, rest rooms and improved handicapped access to the area’s first dinner theatre.

Photographs of Burn Brae after the expansion: 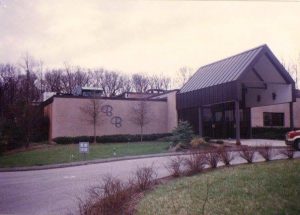 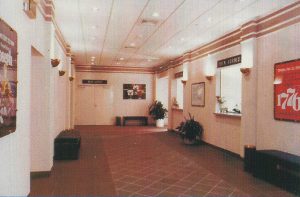 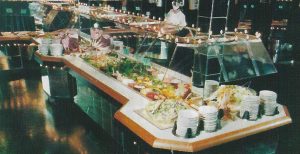 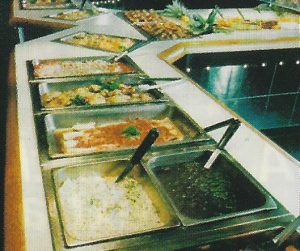 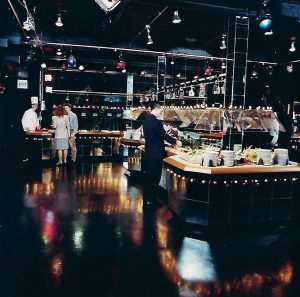 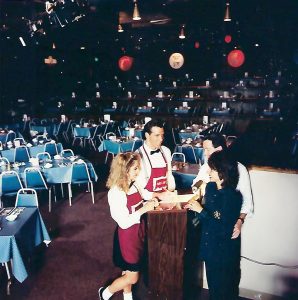 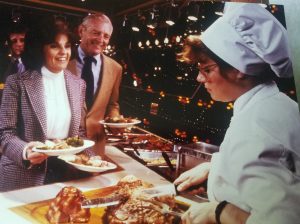 “The establishment of the area’s first dinner theatre [was] due largely to the staff, professional performers, technical and kitchen/bar personnel, but primarily by the acceptance and response by…the audiences.”1

The final production offered by Burn Brae Dinner Theatre was an original “jukebox musical” called Top 40, which closed on August 30, 2001.

This brings us forward to 2020, where Burn Brae Dinner Theatre has not been forgotten, not by audiences who enjoyed shows there for more than thirty years and certainly not by the theatre staff, production personnel and performers who made Burn Brae a favorite place for entertainment in the Washington/Baltimore metropolitan areas. We hope you enjoy reminiscing through our collection of excellent Burn Brae productions.

1All quoted text was derived from a note in the program of an early production of I Do, I Do at Burn Brae, which featured John Kinnamon and Lonnie Lohfeld.

Pictured at top, from the original 1975 cast of 1776 are (left to right), Gil Stotler, John Degen, Bruce Morrow and Don Wiswell.

When I first conceived the idea of opening a dinner theater, I hoped we might have a successful run of several shows through the summer and fall of 1968 and call it a day. Following that venture, I planned to direct all personal efforts back to NBC in Washington to continue my career in television broadcasting. Thirty-three years later, Burn Brae and Burn Brae Productions had produced more than 300 shows in 10 different theaters, located in 7 different states. During some years we had as many as 5 full productions running at the same time. In 2001, the value of the real estate owned exceeded the value of the business income earned, thereby bringing to an end the experience of a lifetime. 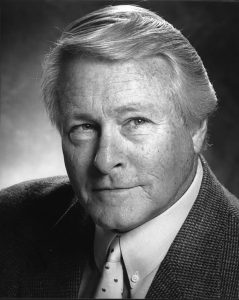 Happy memories too numerous to recollect, friendships and experiences too many to name, and a journey too eventful and too joyous to recount. The most  important ingredient in my being able to pursue this dream was the love and support of my family, Carolyn, Scott and Laurie. I will never be able to fully express to them the depths of my appreciation for their never ending patience and encouragement. Partnering with Bernard T. Levin, as partner, friend, counselor and the bromance of my life, followed very closely in importance. This wonderful man made the many years we were together such a joy. My love and respect for him is beyond description, and continues undiminished to this day. 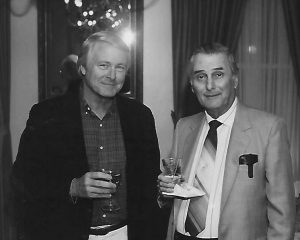 However, the primary reason Burn Brae enjoyed such popularity and respect from the public, press and arts communities for those 33 years was the incredibly talented and dedicated staff of box office, sales personnel, chefs and crew, production and tech staffs and the indescribable array of talented performers who blessed Burn Brae with their artistic gifts, sacrifice and loyalty. Without the professionalism of their efforts, Burn Brae would not have existed. It is to those individuals that I extend my deepest gratitude and appreciation.

NOTE:  A special thanks to Wayne Hamilton, who performed at Burn Brae, having played Rutledge in our most memorable production of 1776 during the Bicentennial. In 2019, Wayne very casually mentioned to me, “would I have an interest in him creating a legacy site for Burn Brae?” I had no idea of the expertise and professionalism with which he would pursue this endeavor. Wayne, who was born in Washington, DC, earned an MFA degree in theatre and went on to teach that subject at several universities around the country. There is much more available on Wayne’s personal site waynehamilton.com. Now retired, he continues performing, enjoying his children and grandchildren, while at the same time has so graciously created this site, of which I am extremely proud and forever grateful. Thank you, Wayne!
JK