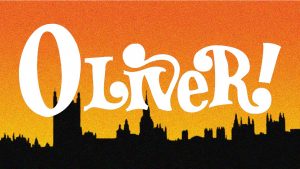 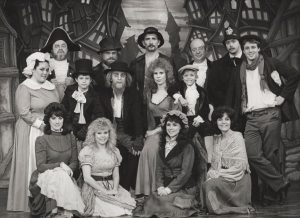 A note from Francine Joyce, who started her acting career as a child at Burn Brae Dinner Theatre:

As a child, there was the excitement of climbing the stairs to the original building in 1969 to see “Gypsy.” The lobby smelled of corkboard, B&W show photos on the walls. That moment I felt the adrenalin kick in and knew this exciting new concept was where I wanted to be. A few months later, I was performing and being directed there by some very talented adults. I was a quick study, very observant, saw all and kept it to myself. The beginning of wonderful bonds of lifelong friendships I have forged for over a half century that I cherish. Bea Saks (a talented, lovely woman) imparted sage advice to me. Years later, the moment it happened, I looked up to heaven, smiled and said, “Hey Bea, you were right.”

As an adult, after years of performing (AFTRA/SAG/AEA), I moved back to Maryland from New York City. I saw an audition notice for Burn Brae and thought it would be fun to go. Rodney, JK and Dick David were seated at the casting table. It felt familiar. I walked onstage, stated my name, got out one line of the song and STOPPED. I asked, “Gentlemen, is there something wrong?” They were shaking with contained laughter, tears rolling down their cheeks, trying to catch their breath. Finally, Rodney contained himself long enough to say, “Facially, you look EXACTLY the same as you did as a child. Only now, it looks like someone took an air hose and BLEW you up to Woman Size! Callbacks are Monday Night at 7.” As I exited to the lobby, the laughter became unbridled! I said to George Bonifant, who was calling the auditions, “They are going to need a minute before the next person goes in.”