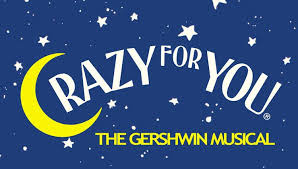 As mentioned in the 1996 segment of this Chronicle, Crazy For You ran from July 6 until December 1, 1996, followed by a three-week run of the 1996 Christmas Show. The day after Christmas, December 26, Crazy For You returned, to continue pleasing audiences until it closed on June 8, 1997. So effectively, this popular show had an amazing 11-month run at Burn Brae Dinner Theatre!

Data for this production was donated by Bill Pierson.