This original musical revue was performed from January 6 through March 14, 1993.

Burn Brae Staff:
Obviously, data about this group is missing. If you have contributions about people who served on the theatre’s staff, please use the Contact page of this site to reach the author. 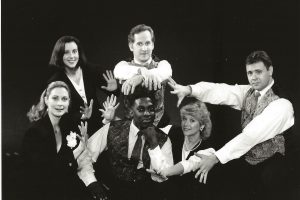 Data for this production was provided by Brad Van Grack, Jamie Zemarel and Kate Campbell Stevenson.